“To survive, democracy needs a truly radical, truly independent press more than ever before. We need to create a culture in this country in which reading and resistance go hand-in-hand.”

In that spirit, we offer a reading guide for those looking for the history, politics, and inspiration for the many struggles to come. Let's work to make 2017 a Year of Resistance! 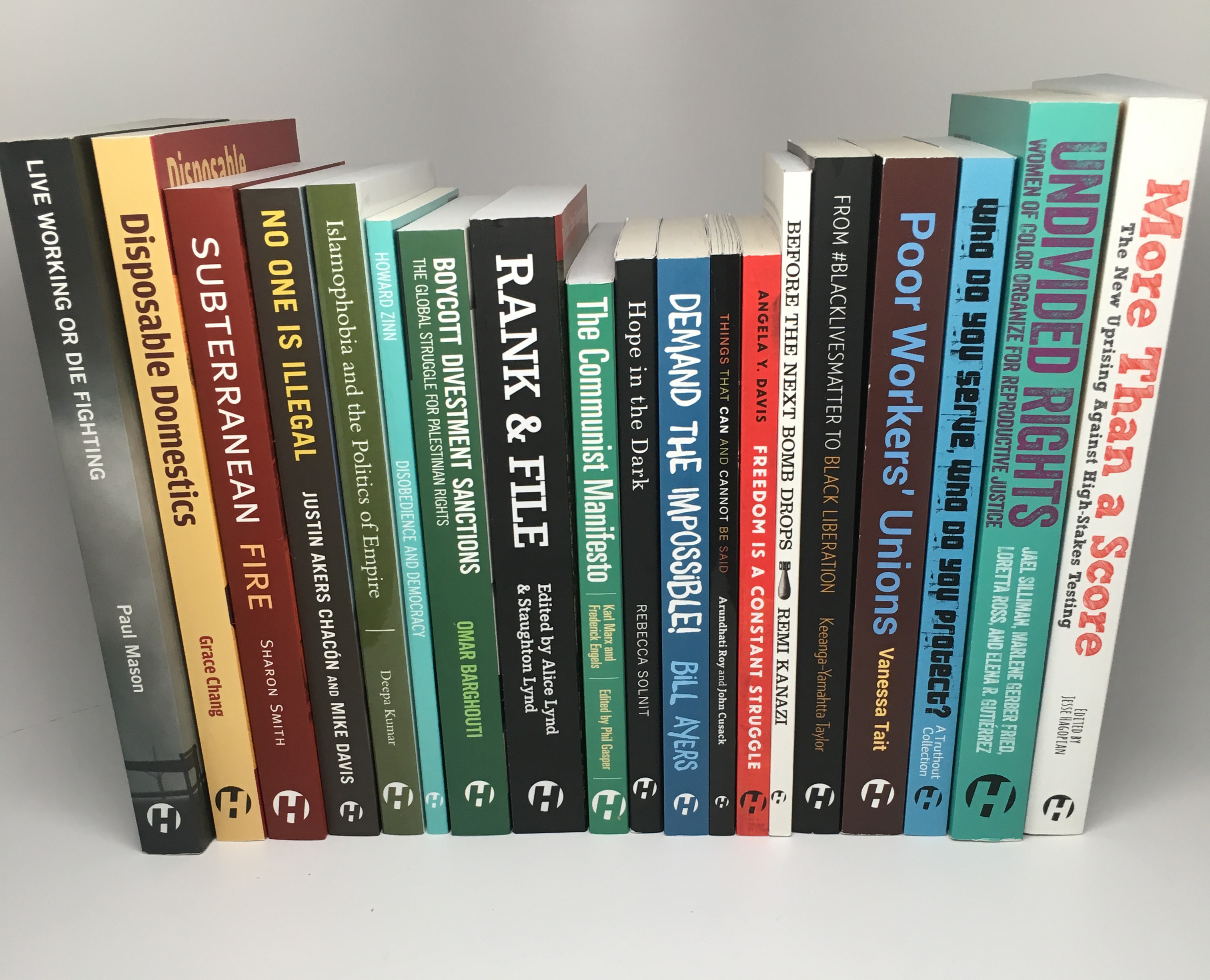 Demand the Impossible!
By Bill Ayers

From #BlackLivesMatter to Black Liberation
By Keeanga-Yamahtta Taylor

Freedom is a Constant Struggle: Ferguson, Palestine, and the Foundations of a Movement
By Angela Y. Davis

Subterranean Fire: A History of Working-Class Radicalism in the United States
By Sharon Smith

No One Is Illegal:Fighting Racism and State Violence on the U.S.-Mexico Border
By Justin Akers Chacón and Mike Davis

Islamophobia and the Politics of Empire
By Deepa Kumar

Disobedience and Democracy
By Howard Zinn

The Communist Manifesto: A Road Map to History's Most Important Political Document
By Karl Marx and Frederick Engels, edited and annotated by Phil Gasper

Before the Next Bomb Drops: Rising Up from Brooklyn to Palestine
Poems by Remi Kanazi

Poor Workers' Unions: Rebuilding Labor from Below
By Vanessa Tait

Who Do You Serve, Who Do You Protect?
A Truthout Collection edited by Maya Schenwar, Alana Yu-lan Price, and Joe Macaré

More Than a Score: The New Uprising Against High-Stakes Testing
Edited by Jesse Hagopian
Tweet
'